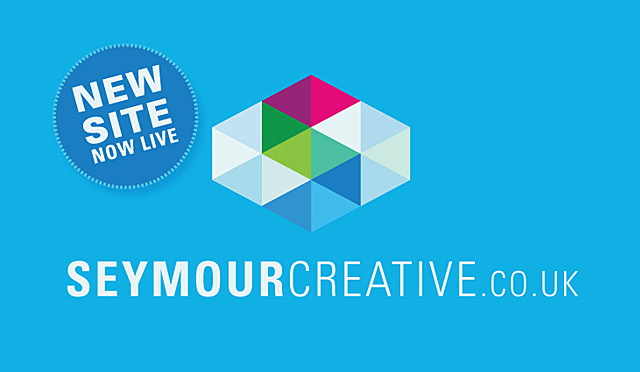 I’m proud to say that the new Seymour Creative website is now live. Without delving too much into the black arts of coding, there are a number of features that will be of interest to the uninitiated. The website was built in WordPress. WordPress has moved on since its early blogging days and has now become the basis for 20% of all web builds. The reason that it’s such a popular choice is for a number of reasons, here are my favourite three.

First of all it has a great Content Management System (CMS to the uninitiated). This means that even the most technophobic of people can easily access the content and update images and text.

Second, Google loves WordPress. Which means that it favours WordPress sites in the all important area of SEO (Search Engine Optimisation). Which in theory should help your site rank higher in Google listings, which is always a good thing. The finer details are a lot more involved than this, but as a general rule, WordPress and Google are a good combination. Not as good as Port and Stilton, but still good all the same.

Third, there are so many great Themes (templates) out there, meaning that you can build your site from a very clever template, which does a lot of the hard work for you. Of course you’ll have to adapt the design to suit your own preferences, but it’s significantly simpler and quicker than building most of the basic elements from scratch. I used a ‘Responsive’ theme to build the site. This is a relatively new innovation that’s been developed to cope with the multitude of screen sizes now on offer. A responsive site will ‘shuffle’ the elements of the page depending on the screen size of the viewer. So someone viewing the site on a mobile will see all the elements in a single column. It’s clever stuff and reduces the need to build your site to accommodate a number of different screen sizes.